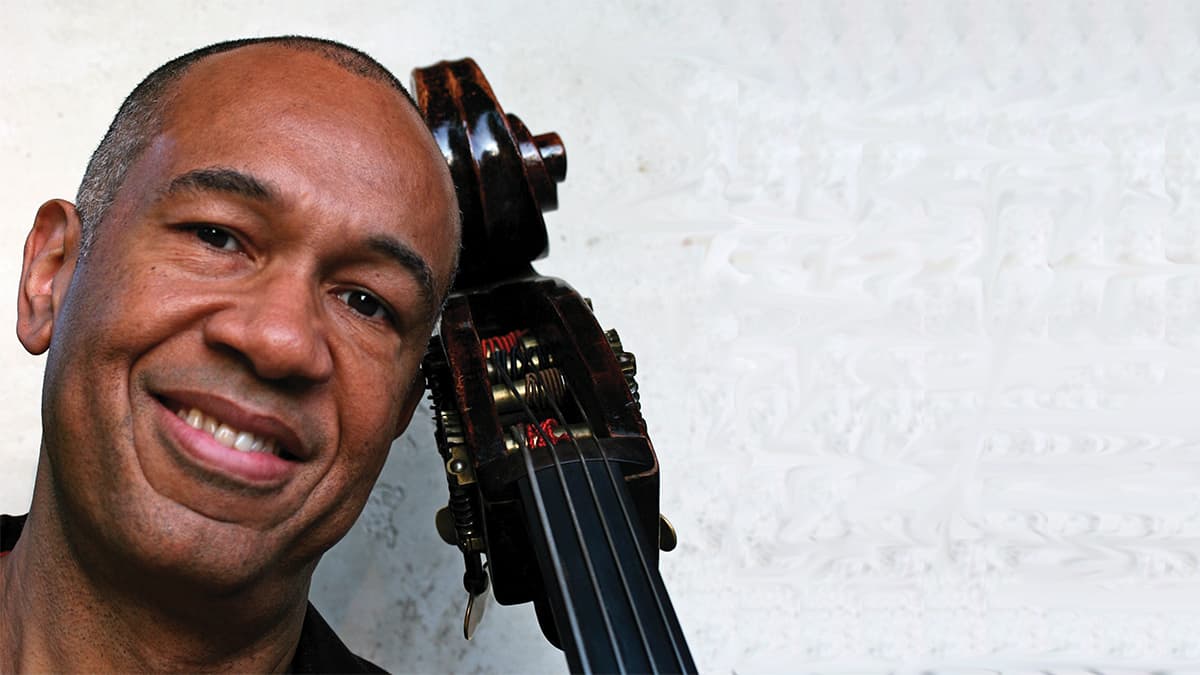 John Clayton with the Scottsdale Community College Jazz Orchestra, under the direction of Eric Rasmussen

John Clayton is a natural born multitasker. The multiple roles in which he excels — composer, arranger, conductor, producer, educator, and yes, extraordinary bassist — garner him a number of challenging assignments and commissions. With a Grammy on his shelf and eight additional nominations, artists such as Diana Krall, Paul McCartney, Regina Carter, Dee Dee Bridgewater, Gladys Knight, Queen Latifah, and Charles Aznavour vie for a spot on his crowded calendar. He began his bass career in elementary school playing in strings class, junior orchestra, high school jazz band, orchestra, and soul/R&B groups. In 1969, at the age of 16, he enrolled in bassist Ray Brown’s jazz class at UCLA, beginning a close relationship that lasted more than three decades. After graduating from Indiana University’s School of Music with a degree in bass performance in 1975, he toured with the Monty Alexander Trio (1975-77), the Count Basie Orchestra (1977-79), and settled in as principal bassist with the Amsterdam Philharmonic Orchestra in Amsterdam, Netherlands (1980-85). He was also a bass instructor at The Royal Conservatory, The Hague, Holland from 1980-83.

In 1985 he returned to California, co-founded the Clayton-Hamilton Jazz Orchestra in 1986, rekindled the The Clayton Brothers quintet, and taught part-time bass at Cal State Long Beach, UCLA and USC. In 1988 he joined the faculty of the University of Southern California Thornton School of Music, where he taught until 2009. Now, in addition to individual clinics, workshops, and private students as schedule permits, John also directs the educational components associated with the Lionel Hampton Jazz Festival, Centrum Festival, and Vail Jazz Party.

This event made possible with generous support from Gregory & Thelma Morris and Billy Strayhorn Foundation, and Westaf.